Home > Blog > Portside Distillery on the shores of Lake Erie 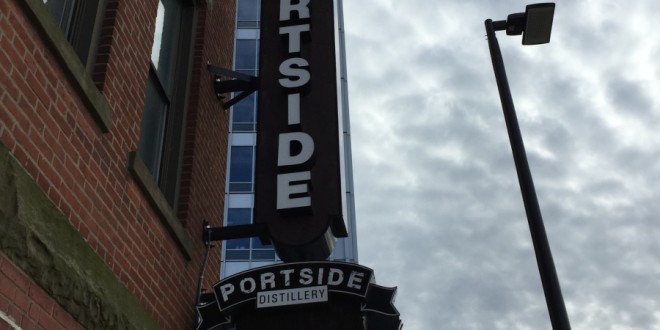 Portside Distillery on the shores of Lake Erie

Even though I am a frequent visitor to Cleveland I had not yet visited this distillery and craft brewery so thought it was about time to check out Portside Distillery.

Established in 2011, Portside Distillery is located north of Downtown and only a short distance from the shores of Lake Erie in an area known as the Flats East Bank.

Portside focus on producing a variety of spirits as well as small batch beers. The beer menu consisted of 14 different beers so we decided to start with a flight of their 7 lightest beers (includes our rating out of 5 stars):

We accompanied our taster flights with a meat and cheese board which was sufficient for three people and reasonably priced at $18.

For our second flight we moved onto the stronger and darker beers but were disappointed that the Ghost Ship Imperial Stout had just kicked:

Overall our favorite was the Barleywine and warranted us to take away two 750ml bottles priced at $12 each.